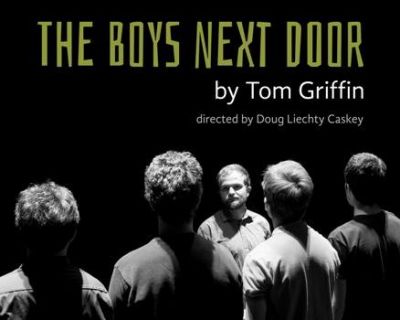 Spring Mainstage: “The Boys Next Door”
Date and time: March 20, 27, 28 at 8 p.m. and March 22, 29 at 3 p.m.
Location: Goshen College Umble Center
Cost: $10 general, $5 students/seniors/GC employees. Tickets can be purchased in advance through the Welcome Center by contacting (574) 535-7566, welcomecenter@goshen.edu or online at www.goshen.edu/tickets. Tickets can also be purchased at the Umble Center box office one hour before the show.

The play focuses on a young social worker, Jack, who is on the brink of a career burnout. He struggles with his sense of purpose in relation to his wards, four developmentally disabled adults who live in a communal residence.

“Despite the daily humor and at-times-chaotic scenes that dominate, the play works toward a powerfully poignant ending as we track the fate of the residents and Jack’s own journey toward burnout from his intense work with ‘the boys next door,’” said Doug Liechty Caskey, professor of theater.

The production team is collaborating with Mennonite Disabilities Committee (MDC) Goldenrod, a faith-based ministry in Goshen that provides services to children and adults with developmental and cognitive disabilities, in order to portray the characters realistically.

“Our production will be wonderfully challenging and will push us to honor the human dignity of the developmentally disabled residents of the Goshen community and beyond,” Liechty Caskey said. “In a year when Goshen College is focusing on our role as global citizens, I’m looking forward to exploring what this means for our immediate neighbors—those who might be quite different from us, but are living and working in the same community.” 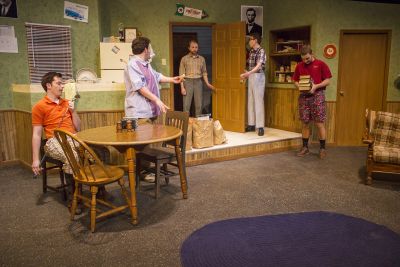 Umble Center is accessible to wheelchairs and people with other physical limitations. American Sign Language interpretation will be offered during the March 29 performance of the play.

This play is produced with permission by special arrangement with Dramatists Play Service.