2014 started out with one of the coldest spells in recent memory, but the last twelve months have left a warm spot in our hearts. There were plenty of memorable moments at GC, including a redesign of the Maple Leaf logo, the start of live-streaming concerts and all the amazing things that our students accomplished.

Here’s a look back at some things we couldn’t forget:

10. President Brenneman is reappointed (and dunked in the fountain) 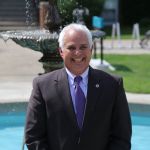 In June, President Jim Brenneman was reappointed to a third term. One of his first actions as a three-term president… taking the ALS Ice-Bucket Challenge, of course! And in the process, he probably ruined a perfectly good suit. Watch it here 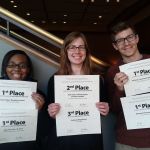 We don’t know whether any GC students are going to win an Emmy or Oscar anytime soon, but we’re definitely running out of places to showcase our awards. 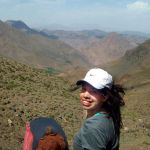 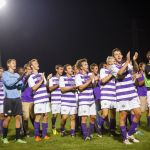 In their 2014 season opener, the GC men’s soccer team earned their 500th win, the culmination of decades of outstanding hard work, coaching and play.

6. Goshen gets noticed for going green 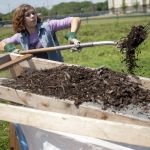 In the past few years, we’ve really upped our game when it comes to sustainability and shrinking our carbon footprint, and in 2014 we were recognized for it. The Sierra club named Goshen College to their annual list of “Cool Schools,” a ranking of America’s greenest colleges, and we were also one of only seven colleges and universities in Indiana to have earned a STARS silver or gold rating. 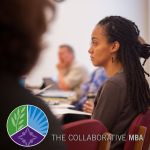 In the first collaboration of three Mennonite higher education institutions – Bluffton University in Ohio, Eastern Mennonite University in Virginia, and Goshen College – business people who want to develop their leadership skills, enhance productivity and increase profits while contributing to the “common good” now have the chance to enroll in a one-of-a-kind Master of Business Administration (MBA) program called “The Collaborative MBA.” 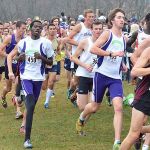 An historic year for GC men’s cross-country ended in Kansas at their first ever appearance as a team at the NAIA National Championships in November, earning 27th place. (Not bad for their first showing.)

3.  Students study in jail during May term 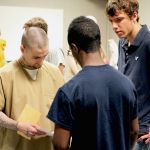 In May, 12 GC students took part in a class called “Justice in Our Lives,” part of the Inside-Out Exchange Program, which brings college students together with incarcerated men and women to study as peers behind prison walls. 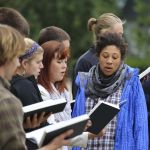 What happens when students decide to sing through all 658 songs in the Mennonite hymnal without stopping? Well, 300 people show up and they raise more than $10,000 for Christian Peacemaker Teams in just over 30 hours. Talk about “Goshen College, ever singing.”

1. Students save a life in the Munich airport 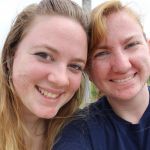 Somewhere in the world, there is a man who probably owes his life in part to GC students. On May 1, after being stuck in the Munich airport on their way to a May Term class in Greece, a professor and some students noticed a man who had collapsed nearby. Thanks to some quick thinking and CPR training, several students came to his aid until paramedics arrived.