Bennett, a Suzuki cello instructor, and Norell, a piano instructor, will present a program that will include François Francoeur’s “Sonata in E Major,” J.S. Bach’s “Suite No. 1 in G for Solo Cello” and Edvard Grieg’s “Sonata in A minor for Cello and Piano.”

Tickets are $7 for adults, $5 for seniors and students, and will be available for purchase beginning one hour before the start of the recital. Goshen College faculty, staff, and students are free with ID.

Brook Bennett grew up in Chandler, Arizona, and began playing cello at age ten. He earned a bachelor’s degree at The Cleveland Institute of Music and a master’s degree at State University of New York at Purchase College, where his mentors included Merry Peckham of the Cavani String Quartet and Julia Lichten of the Orpheus Chamber Orchestra. Bennett is currently associate principal cellist of the South Bend Symphony Orchestra and a member of the Southwest Michigan Symphony Orchestra. He is also a substitute cellist with the West Michigan, Northwest Indiana and Kalamazoo Symphony Orchestras. As a teacher, Bennett has served as Suzuki cello instructor at Goshen College’s Community School of the Arts since 2004.

He has studied Suzuki pedagogy at the Southwestern Ontario Suzuki Institute as well as the Chicago Suzuki Institute. In 2009 he accepted the position of adjunct cello faculty of the Culver (Ind.) Academy. Past positions include CREDO Chamber Music’s “Opus 1” program and faculty member at the Amadeus Conservatory in Westchester, N.Y. He is married to Jessica Bennett, a violinist and teacher, and enjoys living in Goshen with his two children Eliza and James. 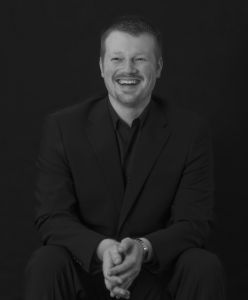