The 2014-15 season of the Goshen College Performing Arts Series will open with Indigo Girls and close with Garrison Keillor’s Prairie Home Companion, with extraordinary and top quality performers in between, including the Lyle Lovett, The Peking Acrobats and Turtle Island Quartet.

The line-up was publicly announced on Friday, April 11 at the final concert of the 2013-14 season, featuring the Fort Wayne Philharmonic. Initial reservations were available immediately following the concert, and season package tickets formally go on sale to the public Monday, April 14 at 9 a.m. at the college’s Welcome Center. Individual concert tickets will go on sale August 4, 2014. 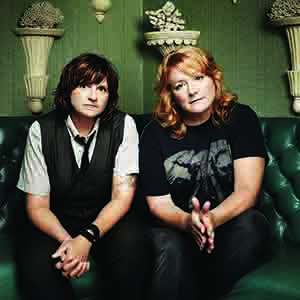 Known the world over for their strong harmonies and soulful lyrics, the Grammy Award-winning Indigo Girls are one of the most successful and outspoken folk-rock duos in history, delivering beautifully crafted songs that revel in spirited simplicity. Amy Ray and Emily Saliers’ voices “soar and swoop as one, alternately raucous and soothing,” says Rolling Stone.
Non-package ticket pricing: $44, $40, $28 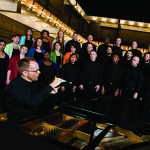 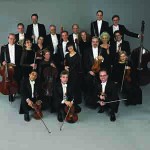 Sunday, Oct. 19, 2014 at 4 p.m.
Orpheus Chamber Orchestra
Grammy Award-winning Orpheus Chamber Orchestra is internationally renowned for its fine artistry and distinctive approach to music making, and known to critics and audiences alike for its unsurpassed energy and connection to listeners. By performing without a conductor, it is reinventing the way the world thinks about collaboration and democratic performance. Acclaimed pianist Jonathan Biss will be the featured soloist for this performance.
Non-package ticket pricing: $50, $45, $30 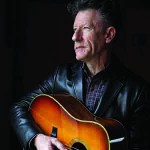 Saturday, Nov. 1, 2014 at 7:30 p.m.
Lyle Lovett
One of America’s most beloved singer/songwriters, Lyle Lovett has broadened the definition of American music in a career that spans 14 albums and 4 Grammy Awards. With his gift for storytelling, the Texas-based musician fuses elements of country, swing, jazz, folk, gospel and blues in a convention-defying manner that breaks down barriers.
Non-package ticket pricing: $65, $60, $45 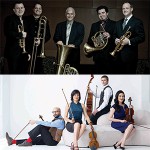 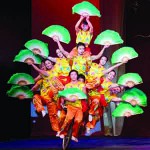 Tuesday, Feb. 10, 2015 at 7:30 p.m.
The Peking Acrobats
An act unlike any other in this series, the Peking Acrobats bring their daring maneuvers, precarious balancing acts, trick-cycling and precision gymnastics to the Sauder stage, accompanied by live traditional Chinese musicians. Known as the “hundred entertainments” during the Han Dynasty, the Peking Acrobats have redefined the art of Chinese acrobatics.
Non-package ticket pricing: $40, $35, $23 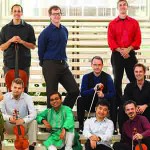 Saturday, March 7, 2015 at 7:30 p.m.
Silk Road Ensemble
“A cornucopia of music ideas,” according to the Seattle Times, the Silk Road Ensemble unites performers and composers from more than 20 countries in a medley of cultures and art forms. Formed under the artistic direction of Yo-Yo Ma in 2000, the group is “a kind of roving musical laboratory without walls” (Boston Globe).
Non-package ticket pricing: $44, $40, $28 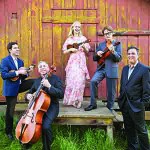 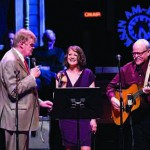 A Prairie Home Companion is only available for those who purchase the entire season, with all eight performances.

Season tickets go on sale to the public on Monday, April 15. A nonrefundable deposit of $20 per seat will hold season tickets and seat preference. Full payment is due July 14, 2014. Seats will be assigned according to the date received. Individual tickets, if available, will go on sale Monday, Aug. 4 at the Welcome Center and online at www.goshen.edu/tickets beginning at 9 a.m.