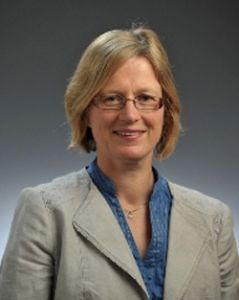 During her scientific career Deane-Drummond lectured both nationally and internationally, and published over 30 scientific articles. Since then, she has published numerous articles, books, edited collections and contributions to books, focusing particularly on the engagement of systematic theology and the biological sciences, alongside practical, ethical discussion in bioethics and environmental ethics. She has lectured widely both nationally and internationally on all areas relating theology and theological ethics with different aspects of the biosciences, especially ecology and genetics.

From 2000 to 2011 Deane-Drummond was professor of theology and the biological sciences at the University of Chester, and was director of the Center for Religion and the Biosciences that was launched in 2002. In May 2011, she was elected chair of the European Forum for the Study of Religion and Environment. She was editor of the international journal “Ecotheology” for six years.

Since 1992 Deane-Drummond has published as a single author or as an editor 22 books, as well as 33 contributions to books and 43 articles in areas relating to theology or ethics. Her more recent books include: “Ecotheology” (DLT/Novalis/St Mary’s Press, 2008); “Christ and Evolution: Wonder and Wisdom” (Minneapolis: Fortress/London: SCM Press, 2009); “Creaturely Theology: On God, Humans and Other Animals,” edited with David Clough (London: SCM Press, 2009); “Seeds of Hope: Facing the Challenge of Climate Justice” (London: CAFOD, 2010) and “Religion and Ecology in the Public Sphere,” edited with Heinrich Bedford-Strohm (London, Continuum, 2011).

Goshen College’s Religion and Science Conference is designed to provide maximum interaction with one of the principal thinkers in the dialogue between religion and science. A single invited speaker presents three lectures, two of which are open to the public. Small, moderated discussion sessions provide conference participants an opportunity to address topics from the lectures, and others, in conversation with the speaker.

Conference attendants and participants include pastors and interested laypersons, as well as academic scientists, mathematicians, theologians and students. For more information about the conference, visitwww.goshen.edu/religionscience.