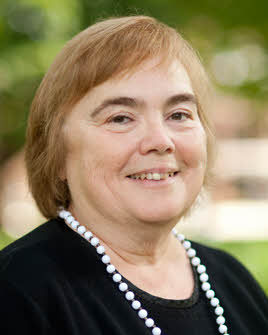 Presented Ethnodrama on a Mennonite Stage: Conversion, Denomination and Playing the “Other” at the National Women’s Studies Association national conference in Milwaukee, WI, as part of a session entitled Saving Precarious Souls: Women Characters and Christian Conversion at the Margins in November, 2016.

“Who Can Play the ‘Other’?”,  Mennonite/s Writing VI: Solos and Harmonies, presented at Eastern Mennonite University,  March 29-April 1, 2012.

“Learning Which Inspires Me”, Goshen College Chapel, Goshen, IN, September 5, 2005.

“Interracial Dating: Guess Who’s Coming to Dinner? or What’s Love Got To Do With It?,” Martin Luther King Day Seminar, Goshen College, Goshen, IN, January 21, 2002. Presented with Art McFarlane.

“Jack and Jill Went Up the Hill and Other Geographically Incorrect Tales,” Goshen College Chapel, Goshen, IN, January 30, 2001.

“Community Voices,” Goshen Chamber of Commerce, Goshen, IN, May 2001.

Performing the “Other” in Religious Community: A Basic Interpretive Inquiry Among American Mennonite Women; dissertation published 2011.

Heavenly Voices, play featuring stories of Mennonite Women of Color, written in 2009, performed in July 2010 in Chicago, IL, and Goshen, IN.

Dreaming A New South Africa, video documentary on how the church in South Africa is working toward societal change after apartheid, Writer; released 2006.

“Mennonites and Multiculturalism: ‘On earth as it is in heaven’,” Gospel Herald, September 5, 1995.

“Journal of a Hurricane Fortnight: He shall hide me,” Gospel Herald, January 3, 1989.

Maple Scholars grant to fund summer research with a student for the production of Heavenly Voices. Summer 2010

Plowshares grant for travel to Mennonite World Conference in Zimbabwe 2003.

Currently writing “Where the Grass Ends”, an ethnodrama based on my research with Mennonite women who have experienced divorce. The research for this play was conducted during my sabbatical during the spring of 2017 as well as during the academic year 2016 – 2017.