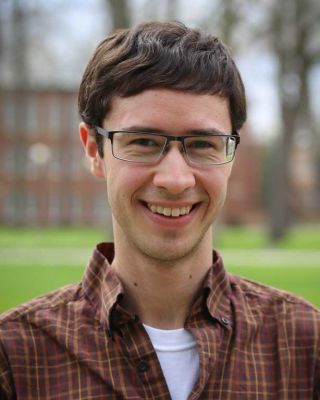 By Danny Aramouni, a sophomore molecular biology/biochemistry and Bible and religion major from Manhattan, Kansas

When I read passages of Scripture such as today’s reading from Romans, I must admit that I have a knee-jerk reaction. Writings such as this can be and are used to justify lives of complacency with the idea that, if we are saved by faith and grace alone － the sola fide and sola gratia of the Reformation － then we need not take seriously Jesus’ calls to work for justice, to rehearse the coming of the Reign of God. Like Dietrich Bonhoeffer, the theologian known for his resistance to the Nazis, the idea of “cheap grace” makes me profoundly uncomfortable. No, it would be unfaithful to Christ to use the cross as an excuse for inaction.

James the Just, the brother of Jesus, has a similarly strong reaction to Paul’s focus on faith in Romans. Indeed, in James 2:14-26 he uses the same example that Paul uses to make his point － the example of Abraham. James even seems angry at Paul: “Do you want to be shown, you senseless person, that faith apart from works is barren?” (2:20) James proceeds to argue that faith is incomplete without works; truly, that faith without works is dead.

Dialogues, or perhaps debates, such as this one within the Bible increase my sense of wonder at the wisdom contained in the conversation among those who seek God － a conversation into which we are invited. No one party ever has a monopoly on Truth. It is with this sense of wonder that I accept neither a sedating grace, nor a self-bestowed grace, but a “costly grace” that simultaneously comforts, discomforts and calls us to follow the Incarnate God.

What then are we to say was gained by Abraham, our ancestor according to the flesh? 2For if Abraham was justified by works, he has something to boast about, but not before God. 3For what does the scripture say? “Abraham believed God, and it was reckoned to him as righteousness.” 4Now to one who works, wages are not reckoned as a gift but as something due. 5But to one who without works trusts him who justifies the ungodly, such faith is reckoned as righteousness. 13For the promise that he would inherit the world did not come to Abraham or to his descendants through the law but through the righteousness of faith. 14If it is the adherents of the law who are to be the heirs, faith is null and the promise is void. 15For the law brings wrath; but where there is no law, neither is there violation. 16For this reason it depends on faith, in order that the promise may rest on grace and be guaranteed to all his descendants, not only to the adherents of the law but also to those who share the faith of Abraham (for he is the father of all of us,

17as it is written, “I have made you the father of many nations”) —in the presence of the God in whom he believed, who gives life to the dead and calls into existence the things that do not exist.