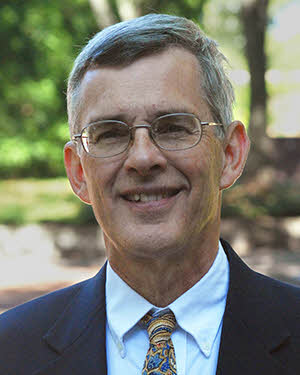 DEVOTIONAL: Today is known as Maundy Thursday, the day Christians remember the very first communion when Jesus enacted the bread and wine ceremony that symbolized God’s love for fallen humankind.

Thus, it is fitting that today’s reading should be a statement of the bare bones Gospel message, the essential premise of salvation which is “of first importance”: a) God loves us so much that, in Christ, he even died in our place and b) God can not be defeated, not even by death.

Paul says this is “Good News”; what an understatement! But why is this old story such “Good News” for us, even today? It shows the absolute lengths God has gone to, and continues to go to, in order to save us, his dangerously confused and willfully dysfunctional children. God continues to reach out to us, all of us. There is hope for us — we are precious to our Maker and are not rejected. Furthermore, not even our most slovenly or hateful acts can ultimately defeat God’s good purpose for creation. If Christ was able to overcome death then what can defeat him?

Taken together, these twin pillars give us great confidence and strength for living into Christ’s way for us. Even if, as Paul says of himself, we recognize our personal “unfitness” as believers, we can realize that it is really God’s own mercy and power — God’s “grace” as shown by Christ’s death and resurrection — that make it possible for us to live healthy lives, and even to be lights and helping hands for others. The One who has the power to die for others and even to come back from the dead is the One who is working in us for the good of all.

This is joyous, empowering news!