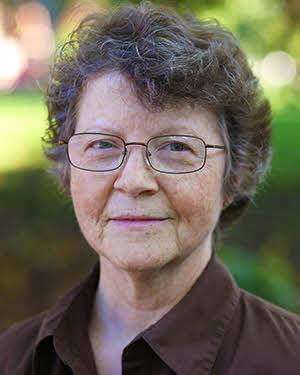 Jesus’ temptation in the wilderness is a strange story to 21st century ears.

He is 30 years old. He has just been baptized by his radical cousin John, despite John’s protest that Jesus does not need this practice of ritual cleansing. Jesus insists on joining other ordinary Jews who, through baptism, want to mark their identity and align their lives with God’s vision for the world.

Then a dove descends; a voice announces Jesus’ special status as God’s son.

So Jesus goes to the desert alone for a 40-day fast. A vision-quest.

He is on the brink of an astonishing three-year ministry. But before he can pour himself out to others he must first plumb the depths of his own soul.

I recall a discussion among college friends 40 years ago about Jesus’ preparation for ministry. He didn’t go to college, someone said; he fasted in the desert. That statement was only partially true.

In the desert, Jesus experiences three temptations, each more intense than the last. Three times Jesus deflects the temptation with a scripture applied creatively and with authority. He has been reading, pondering and discussing scriptures since before age 12. Now Jesus draws on those years of learning in his time of need. He is able to reject comfort, security and control as motivators for his life. Instead he will embrace risk, vulnerability and suffering for a cause much larger than himself. He will trust in God, the source of his identity and allegiance.

In the 40 days of Lent, may we each confront our own temptations to pursue comfort, security and control. May we draw on today’s scripture to deflect and transcend those temptations.

Jesus, full of the Holy Spirit, returned from the Jordan and was led by the Spirit in the wilderness, 2where for forty days he was tempted by the devil. He ate nothing at all during those days, and when they were over, he was famished. 3The devil said to him, “If you are the Son of God, command this stone to become a loaf of bread.” 4Jesus answered him, “It is written, ‘One does not live by bread alone.’” 5Then the devil led him up and showed him in an instant all the kingdoms of the world. 6And the devil said to him, “To you I will give their glory and all this authority; for it has been given over to me, and I give it to anyone I please. 7If you, then, will worship me, it will all be yours.” 8Jesus answered him, “It is written, ‘Worship the Lord your God, and serve only him.’” 9Then the devil took him to Jerusalem, and placed him on the pinnacle of the temple, saying to him, “If you are the Son of God, throw yourself down from here, 10for it is written, ‘He will command his angels concerning you, to protect you,’ 11and ‘On their hands they will bear you up, so that you will not dash your foot against a stone.’” 12Jesus answered him, “It is said, ‘Do not put the Lord your God to the test.’” 13When the devil had finished every test, he departed from him until an opportune time.