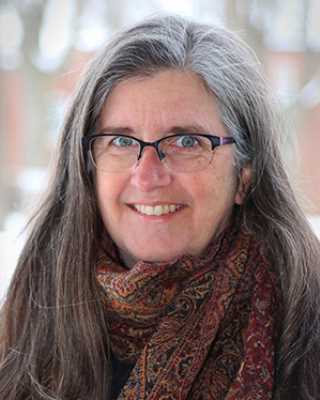 The sound rang through the chapel at Newcomer Center on the Goshen College campus very early Sunday morning, Nov. 16, 2014. Gathered in this space shortly after 1 a.m. were about 100 people: students, faculty, staff, community members, young and old, liberal and conservative. For the 30 hours prior to this final song, a small group of students sang straight through “Hymnal: A Worship Book,” the Mennonite and Church of the Brethren hymnal, taking time to sing every verse of every song, 658 songs in total. The group was bolstered by 300 additional singers from the Goshen College community who came and went at all hours of the day and night, singing as they were able, stopping by to drop off food and hot drinks, adding donations to support the global peacemaking work of Christian Peacemaker Teams.

The singers made their way to the Advent/Christmas section of the hymnal in the darkness of the early morning on Saturday, Nov. 17. Extra students groggily rose from their slumber to make their way across campus to join in the singing of the Advent and Christmas section as soon as the texts and emails went out informing peers that “Christmas is about to begin!” Into the darkness of the morning hours they came and they sang “Come, thou long expected Jesus,” “Comfort, Comfort O my People,” and “‘Twas in the moon of wintertime.” And while it was still dark and cold, the weary singers joined their voices and proclaimed: “To Us a Child of Hope is Born!”

Into a cold and dark world, may we all find the courage, the conviction and the resourcefulness to venture forth into the night and add our voices to the peace-filled chorus of love that calls to us anew each Christmas.

Thank you for joining with the Goshen College community through this season of Advent. We wish each of you many moments filled with hope and light as you live into the full meaning of the incarnation in these days. Join us again in February as Goshen College students, faculty and staff offer daily reflections in the days and weeks leading up to Easter. And in the meantime, sing on!