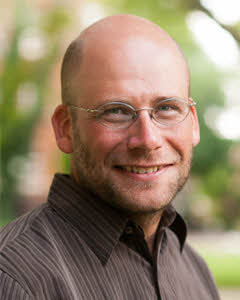 The news has been bleak lately. It seems as though every morning the headlines find a new way to break my heart: stories from around the globe of the destruction of war and the plight of the resulting refugees, to local stories of racially motivated discrimination and murder. Cries for mercy and justice by the afflicted are often met with ambivalence or denial by those with the power to affect systemic change as refugees are denied refuge and systemic violence is written off as actions of a few bad apples.

Jesus was born at a particular time, in a particular place, and to a particular people-group. There is a long and rich history that lead up to the arrival of God’s Son on Earth, and after nine months of divinely imposed silence leading up to the birth of his son John, Zechariah bursts into praise that recognizes this context. The redemption of the world was not accomplished in a day. God was up to something big and the people needed to be prepared.

It’s easy to think of John’s role in the Gospel narrative as just another part of the historical development that prepared a particular people in a particular place at a particular time for the arrival of Jesus of Nazareth. It’s easy to overlook our continuing need for preparation to receive Jesus. As Luke sets out to write “an orderly account” of the Good News for Theophilus (1:3), he doesn’t begin with the Priests or the Pharisees, nor did he begin with the religious zealots who want to violently overthrow their oppressors. Rather, Luke begins with the birth of a fiery preacher in the wilderness calling us out for the ways we have been the brood of vipers and demanding we bear good fruit or be cut down for firewood (3:7-9). Before we are ready to receive Jesus—God’s mercy—we need John bringing knowledge of salvation by the forgiveness of sins and guiding our feet in the way of peace.

“Blessed be the Lord God of Israel, for he has looked favorably on his people and redeemed them. 69He has raised up a mighty savior for us in the house of his servant David, 70as he spoke through the mouth of his holy prophets from of old, 71that we would be saved from our enemies and from the hand of all who hate us. 72Thus he has shown the mercy promised to our ancestors, and has remembered his holy covenant, 73the oath that he swore to our ancestor Abraham, to grant us 74that we, being rescued from the hands of our enemies, might serve him without fear, 75in holiness and righteousness before him all our days. 76And you, child, will be called the prophet of the Most High; for you will go before the Lord to prepare his ways, 77to give knowledge of salvation to his people by the forgiveness of their sins. 78By the tender mercy of our God, the dawn from on high will break upon us, 79to give light to those who sit in darkness and in the shadow of death, to guide our feet into the way of peace.”