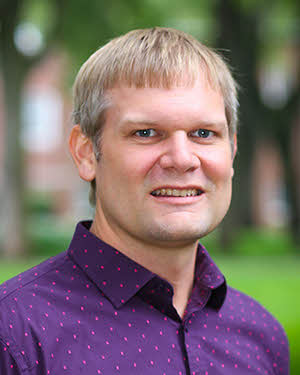 Last year I read an article on the origin story behind one of my favorite carols, “I Heard the Bells on Christmas Day.” I’m a sucker for history and found this story compelling and still relevant today.

Henry Wadsworth Longfellow, one of America’s best known poets, wrote the poem “Christmas Bells” in 1863 that eight years later John Baptiste Calkin would put music to and become the carol we know today.

The gravity of the poem can only be understood within the context of Longfellow’s deep sorrow. Two years earlier his wife was tragically burned to death in their home, and just before Christmas, in the waning months of the Civil War, his son was seriously wounded in battle.

As he sat at his son’s bedside on Christmas Day, 1863, Longfellow—a 57-year-old widowed father of six children, the oldest of which had been nearly paralyzed as his country fought a war against itself—wrote a poem seeking to capture the dynamic and dissonance in his own heart and the world he observed around him.

I heard the bells on Christmas Day
Their old, familiar carols play,
and wild and sweet
The words repeat
Of peace on Earth, good-will to men!

And thought how, as the day had come,
The belfries of all Christendom
Had rolled along
The unbroken song
Of peace on Earth, good-will to men!

Till ringing, singing on its way,
The world revolved from night to day,
A voice, a chime,
A chant sublime
Of peace on Earth, good-will to men!

Then from each black, accursed mouth
The cannon thundered in the South,

And with the sound
The carols drowned
Of peace on Earth, good-will to men!

It was as if an earthquake rent
The hearth-stones of a continent,
And made forlorn
The households born
Of peace on Earth, good-will to men!

Then pealed the bells more loud and deep:
“God is not dead, nor doth He sleep;
The Wrong shall fail,
The Right prevail,
With peace on Earth, good-will to men.”

Despite Longfellow’s despair and the tragedy of war around him, he heard the bells on Christmas Day “loud and deep” proclaiming that Christ is alive.

The power of Christmas is that it reminds us that God is not dead and we can rest in the peace and hope Jesus promises us. I don’t know about you, but I really needed that reminder this year.

Merry Christmas, glory to God, peace on Earth and goodwill to all!

Merry Christmas and thank you for joining the Goshen College community through this season of Advent. Our hope is that you found the devotions as inspirational and comforting as did the writers. We invite you to join us again in February as students, faculty and staff again offer daily devotionals in the days leading to Easter. Until then, may God’s presence surround you and God’s love sustain you.