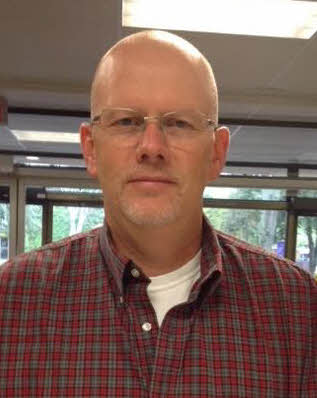 By Bill Born, VP of student life and dean of students

God shows no partiality, no favoritism. What a powerful statement.

These nine verses in Acts proclaim God’s “good news,” God’s “salvation” to all. In just a few verses Peter proclaims Jesus as Lord of all, as God’s anointed who died on a cross and was raised from the dead. It wasn’t enough for select witnesses to personally see the resurrected Jesus, but God commanded them to testify and preach to all, as the prophets many years earlier testified of this Lord.

God’s grace across history had come full circle, an ever-widening circle, from Jews and Gentiles alike. What does that mean for us today?

As was the case then, God’s grace is not only for us to claim as our own. It’s for us to proclaim to others.

How am I doing on that front, on the front of proclaiming God’s grace to others? Am I selective in terms of whom I proclaim to? Do I consider my understanding of God’s grace unique, better informed? Do I proclaim it with certain expectations, with select “strings attached?”

I can imagine it was difficult for those select witnesses of Jesus’ resurrection to openly share God’s love without some sense of privilege, recipients of a special dispensation. And yet, we read ahead of this passage of the angels coming to Cornelius, a centurion in the Italian regiment, a righteous and God-fearing man who God acknowledges for his prayers and gifts to the poor. And following, we read of the Holy Spirit being poured out on the Gentiles just as it was poured out on Peter and his fellow Apostles. God’s grace is God’s to dispense, and it is for all.

Many years ago I was introduced to the phrase “circles of influence.” It was in the context of institutional marketing as a part of my work here at Goshen College. Allow me to offer a bit more depth to the phrase. As a follower of Jesus and recipient of God’s grace, I need to be aware of, and intentional in broadening my circles of influence, circles beyond my comfort zone. Circles extending up, down, to the left and to the right. And may it be in those circles that God chooses to use me to proclaim and extend God’s grace, freely.