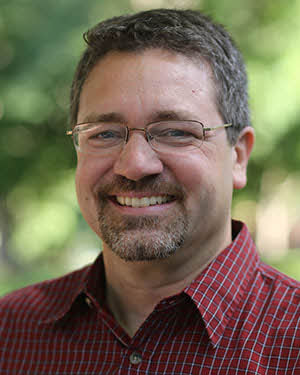 Welcome to Goshen College’s online devotionals for the 2014 Lent season! Our theme this year, taken from the Mennonite Church USA and Mennonite Church Canada worship resources found in Leader magazine, is “Encountering God: What Have We Witnessed?” Every Monday an author will introduce the sub-theme, and on the following weekdays authors will reflect on a specific Scripture passage. The theme for this week, Lent 1, is “Grace abounded.”

Lent is a season of renewal through reflection on the life of Jesus, including his suffering and sacrifice. Today we know that in encountering the story of Jesus, the resurrection has already happened. The season of Lent ends in celebration of that reality as we move into the Easter season. The biblical stories we will encounter display God seeking after flawed people and people meeting Jesus for the first time.

“Encountering God.” Is this something we do, or an adjective describing an attribute of God? Perhaps both. As you read the biblical texts, ask yourself: What are ways each of the characters looked for Jesus? What are the ways Jesus encountered them? “What have we witnessed?” also has a double meaning of what we have seen (been witnesses of) and what we have told others about (witnessed to). Pay attention to what is happening in and around the characters, as we do the same in our own lives so that we may share with others our encounters with God.

I can recall several profound moments in my life where I encountered God’s grace – two times involved my daughter, Mira Susannah, named after her two grandmothers, “Miriam” and “Susan.” In the first instance, when she was nearly three, I am convinced God spoke directly through her to me as God prepared me to open my eyes to God’s power when I was in the Pit. The second instance was a year later when God again spoke through Mira while we were on a bike ride. This time the message I received was, “Bob do you still have no faith even after what I did this past year?” The Hebrew meaning of “Mira” is “bitter,” but the Latin meaning, “wonderful, marvelous,” better describes her personality. “Susannah” means “graceful lily.” I have encountered God’s wonderful and marvelous grace through my daughter, and I praise God for her and her ability to witness to me at such a young age.

Encountering God, you who seek after us in unexpected ways, help us be attentive to your movement and give us the courage to witness to your marvelous graces.