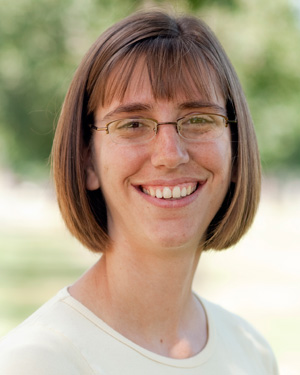 One of my favorite television shows is the BBC’s The Vicar of Dibley, which follows the life and adventures of the first female priest in a fictional little village in England. In one of the show’s Christmas specials, the parish hosts a carol-writing competition with the winning new carol to be sung at the Christmas Eve service.

In typical fashion for this eccentric little town, the winner has crafted a song describing the birth of Jesus in detail – from ‘coming down the birth canal’ to the cutting of the umbilical cord. The song is hilarious because we would never consider it appropriate to reflect upon the details of birthing in a Christmas sermon or traditional carol. And yet, there is something remarkably profound in the absurdity. For it is precisely through the ‘ordinary’ miracle of birth, the pain of labor, the cry of new life, that God offers us salvation.

Through the person of Mary, the Word has become flesh. And this mystery, this mystery of the incarnation, of God being with us, is, in one sense, absurd. But it is also deeply beautiful and worthy of our praise.

The Celtic Christian tradition invites us to look for God by looking more deeply into life. On this Christmas day, I hope that we look intently for the mystery and wonder of Jesus’ birth, for the beauty of this world that God creates anew each day, and for those moments of profound absurdity!

5The light shines in the darkness, and the darkness did not overcome it. 6There was a man sent from God, whose name was John. 7He came as a witness to testify to the light, so that all might believe through him. 8He himself was not the light, but he came to testify to the light. 9The true light, which enlightens everyone, was coming into the world. 10He was in the world, and the world came into being through him; yet the world did not know him. 11He came to what was his own, and his own people did not accept him. 12But to all who received him, who believed in his name, he gave power to become children of God, 13who were born, not of blood or of the will of the flesh or of the will of man, but of God. 14And the Word became flesh and lived among us, and we have seen his glory, the glory as of a father’s only son, full of grace and truth.

15(John testified to him and cried out, “This was he of whom I said, ‘He who comes after me ranks ahead of me because he was before me.’”) 16From his fullness we have all received, grace upon grace. 17The law indeed was given through Moses; grace and truth came through Jesus Christ. 18No one has ever seen God. It is God the only Son, who is close to the Father’s heart, who has made him known.