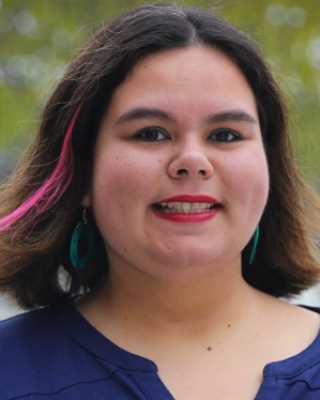 While the rights and perception of women have progressed in a significant way since the era of Jesus, we still have difficulty finding the truth in what women say. In ancient texts, including the Bible, women are often seen as tricksters, sinners, or saints, without much room in between. Mary Magdalene has been cast as a reformed sex worker in the history of the Church, but as modern interpreters we now know this was a mistake. Mary Magdalene was an apostle to the apostles, a woman of independent means, and in this case, the first witness to the resurrection.

In other Gospel accounts, the disciples have difficulty in believing the words of Mary. In this text from John, we do not get to hear the aftermath of Mary’s proclamation of the risen Lord. Other accounts have her being dismissed by the 12 apostles initially. Even in this scripture, some may be left wondering why Mary was chosen as the first witness and not Peter, Simon Peter, and the other disciple.

The disciples’ behavior is baffling. After seeing an empty tomb and believing, they went back to where they were staying. The scriptures do not say whether they keep this information to themselves, whether they were overjoyed, or if the others were informed of this new development. Mary, however, is overcome with bereavement at the loss of Jesus’ body and stays at the tomb crying. Her mourning is our mourning–the built-up emotion of Maundy Thursday, Good Friday, and Holy Saturday spilling out into the open, finally giving us permission to feel the trauma of the state execution of Jesus.

Since Jesus’ identity is initially unknown, Jesus is privy to Mary’s innermost desires; to once again see her Lord. Jesus has her believing by using her name, “Mary.” She cries out to him “Rabboni!,” hailing him as her teacher. She is tasked with the Paschal duty; to tell Jesus’ inner circle about Jesus’ resurrection.

Since the time of Jesus, we have a bloody history of murdered prophets and slain leaders, people who sought to bring the subversive Good News to both the mighty and the lowly. It’s difficult to have hope in times like these when the Good News is a memory and Death surrounds us. We dismiss messages of hope that come from unlikely places. But Mary brings us the heart of the Easter message; that death has been overcome, that victory lies in the empty tomb, and that our salvation is tied up in female proclamation. The crucifixion seemed permanent; a period at the end of the Gospel message. But Jesus’ appearance to Mary shows us that the “upside down kingdom” that Jesus proclaimed also applies to death. Death is not final, nor does it have victory over that which God has established. That Good News is here for us, if only we accept Mary’s message of newness, excitement and hope. Are we ready to believe women?

Thank you for reading and responding to our Lenten devotional series and theme, “Blessed Hunger, Holy Feast.” We hope you join us again in the winter as Goshen College students, faculty and staff offer daily devotions during the Advent season.