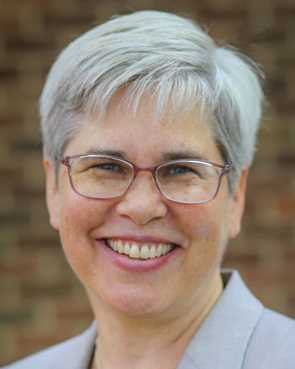 This year, will this sacred story sink deeper into my bones and into my heart? Or will it slide by, like another day in quarantine?

Mary Magdalene’s encounter with Jesus comes at the end of a terrible and indefinite time of not knowing what would come next. She was living the story in real time. She did not know how the next chapter would unfold.

When she comes to the tomb of her beloved teacher that morning, the risen Christ asks her: “Woman, why are you crying? Who is it you are looking for?”

I wonder why Jesus asked her this question. Surely he knows why she is crying and who she is looking for! Is this a rebuke? Is she not supposed to be crying? Jesus told a lot of funny stories. Is this his sense of humor? No. I think he is sincere.

Like Mary, we are living a story in real time, not knowing how the next chapter will unfold. We are hurt, we are dazed, we are needy.

What if Jesus is asking each of us in all sincerity this morning, “Why are you crying? Who is it that you are looking for?”

I want to receive this question and answer it sincerely. There is power in stating aloud what we need. Jesus surely knows this. After all, he has been through this astonishingly vulnerable human journey that we’re on.

Into our deep neediness he asks, “Why are you crying?” He asks not because there is anything wrong with our tears. Our tears are holy, as were Mary’s tears. He asks because he wants us to tell him, in our own words, what we need.

“The Lord is near. Do not be anxious about anything, but in every situation, by prayer and petition, with thanksgiving, present your requests to God.” (Phil 4:5-6)

Let the loving question of the resurrected Christ sink deeply into our hearts and lives today, as we celebrate the Easter story. Why are you crying? Who are you looking for? The Lord is near.