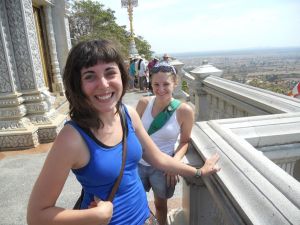 On Friday and Saturday, students fanned out around central and south Cambodia for village/town studies, taking two- to four-hour trips by bus or van to designated locations in a 150-kilometer radius around Phnom Penh. The intent was to prepare them for heading out for their service assignments this coming Friday.

Groups went to the following locations:

The weekend was without any incidents (e.g., no one got irretrievably lost, no one got sick on the trip), though various groups were full of stories from their 30-hour treks outside of the city. Sunday will be our celebratory event with our Phnom Penh families, so watch for another blog post about that Sunday night or Monday morning.