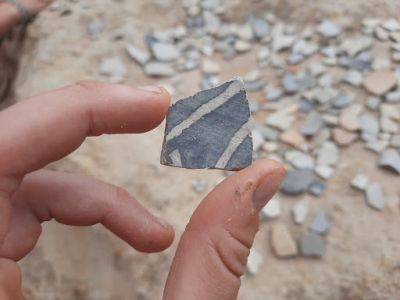 Our first few days on Hopi land have been filled with pottery sherds—not shards as I had previously thought—petroglyphs, ruins, and other pieces of the past. Monday’s trip began with a very bumpy 40-minute drive, after which Erik and Lance Pouingyouma led us through walls and walls of petroglyphs. Sometimes, the pictograph’s meaning transcended time, such as that of tobacco plants or concentric circles used to mark solstices and other temporal events. Whether on walls, wrists, or rocks, circles are how human beings give shape to time. Others, however, could get lost in modern translation, such as three-fingered stick figures or “people” with large rectangular shapes on their heads. No wonder aliens are such a topic of fascination in this area.

On Tuesday, we headed to Rock Art Ranch outside of Winslow where we explored ruins, cowboy-era antiques, and a scenic swimming hole where a beaver swam close by with a small bite taken out of its tail. Lance informed us that whatever creature took a bite out of that tail received good luck. The beaver, I am sure, felt less than lucky.

While exploring the Hopi past, I have also come face to face with my own. I first visited the Peace Academic Center (PAC) as a sophomore in high school, back when it was the Hopi Mission School (HMS). After a week of serving as a teacher’s assistant, I was in love with the kids I taught as well as the red rock landscape and longed for the day I could return to the place that had shaped me so much.

A closing, reopening, and a pandemic have happened in the six years since that time. It’s a fascinating story that isn’t mine to tell. What I will say is six years will do a lot to a place, and it’s done a lot to me as well. Consequently, PAC familiarity has faded, and I feel foreign in a place that I once felt at home in.

You can tell a lot from a pottery sherd. Coloration and pattern can identify the tribe that made it. The sound it makes when you drop it can tell you about the firing process. Whether it’s sifting through a pile of sherds, meticulously uncovered pit house ruins, or your high school self, it’s about connecting the dots and making narrative from the remnants. 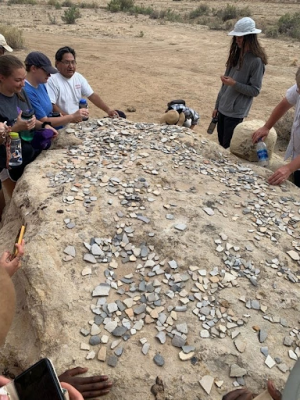 Lance discusses the ins and outs of pottery sherds 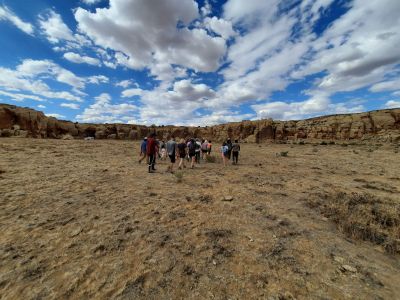 Wandering between the rock canvases at petroglyph canyon 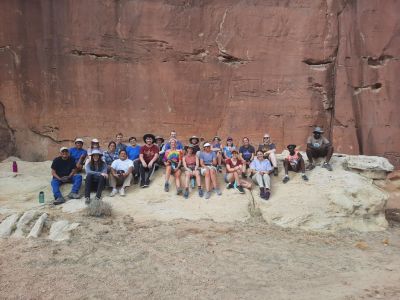 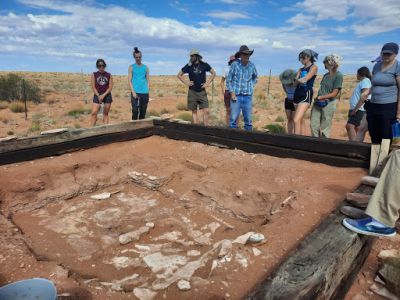 Brantley Baird, the owner of Rock Art Ranch, showing students the ruins of a ceremonial kiva 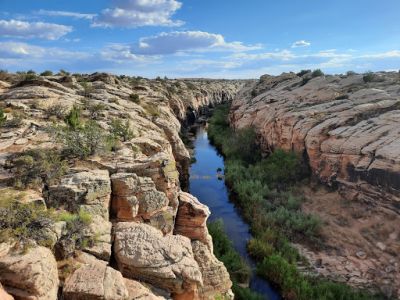 Canyon at Rock Art Ranch where students hiked and swam