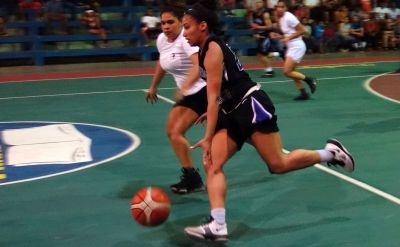 Because the first scheduled game for the basketball team on Saturday had fallen through, another game, with a local club team, was scheduled for Wednesday night.  The other team came out of opening gate with an energy that caught the GC team on its heels, falling to an early 12 point deficit that took the Lady Leafs most of the game to recover from.  When they finally matched scores in the second half of the game, the adversaries found new energy and again pulled into the lead.  Afterwards the two teams were joined by the GC softball team and their competitors from Saturday for a pizza party.

On Thursday we took a day-long historical field trip to the 500-year-old colonial center of Santo Domingo (the next entry).