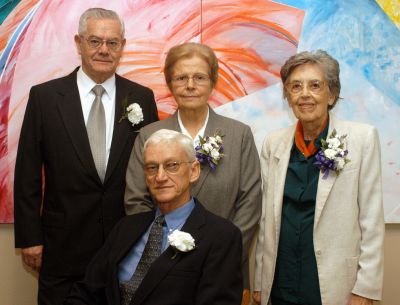 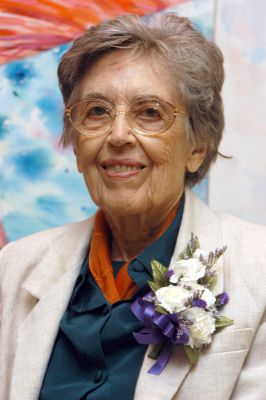 After 30 years teaching and serving as a school guidance counselor, Pearl Hartz ’49 began her second career – establishing and directing a victim-offender reconciliation program (VORP) in San Diego, Calif., as she searched for ways to improve the community around her.

The program, which may receive as many as 145 referrals in one year, carefully coordinates individual and joint meetings with the victim, the offender and a mediator, facilitates a written contract between the parties and monitors the relationship to ensure the contract is fulfilled. This process personalizes the crime by teaching offenders the human consequences of their actions and giving victims the opportunity to speak their minds and their feelings to the one who most ought to hear them.

Said Hartz, “In today’s world, there is a really short supply of empathy. People need to be led in mediation experiences that enable them to be sympathetic. They have to learn how to communicate.”

Hartz’s life of service was jump-started soon after graduating from college in 1949 with four years as a Mennonite Central Committee and Mennonite Board of Missions volunteer. She lived in Gulfport, Miss., teaching vacation Bible school and assisting at churches, and also spent time in the community of St. Anne, Ill., helping to start a kindergarten.

Though Hartz retired last year from VORP, later renamed Restorative Justice Mediation Program (RJMP), after serving as director for 10 years, she continues to act as a consultant and searches for ways to gain more involvement from faith communities. 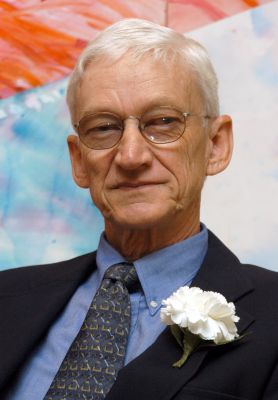 Kauffman, a plant pathologist and professor who grew up on a farm in West Liberty, Ohio, has connected his Midwestern roots to his professional career, seeking to improve the world’s production of food and coordinating agro-science exchanges between scientists intended to help developing countries improve their economic base.

Kauffman graduated from Goshen College in 1961 with a degree in biological sciences and a special interest in agriculture. Following college, he accepted a position in Haiti with Mennonite Central Committee where he engaged in cultural and community development projects and learned that “by doing service I could help people, especially through science and technology. People need food – you have to look at the whole of life. You can’t just feed people spiritually. You have to provide sustenance also,” he said.

Recognizing that he needed more training and expertise in order to help increase the quality of life for Haiti’s citizens, Kauffman entered graduate school at Michigan State University and completed a doctorate in plant pathology in 1967.

Kauffman began to work internationally with the International Rice Research Institute (IRRI), working on the All India Coordinated Rice Improvement Project in Hyderabad, India. Success in improving the production rate of rice prompted Kauffman to try the same tactics with soybean production. He headed the International Soybean Program at the University of Illinois, during which a trip to China with university administrators and Midwestern farmers resulted in collaboration with Chinese scientists and a broader soybean genetic base.

Kauffman took his expertise into the classroom in 1996 as a professor in the Department of Crop Sciences at the University of Illinois. Kauffman shares his values with students and colleagues, which are rooted in his Christian faith. “As Christians, we have to share first of all. We not only have to share our values, but we have to share economic opportunities,” he said. “To think that we’re a special Christian country is just counter to what I have observed in living and working with friends around the world.”

Kauffman and his wife, Jean, have three grown children. They live in Pesotum, Ill., and attend First Mennonite Church in Champaign-Urbana. 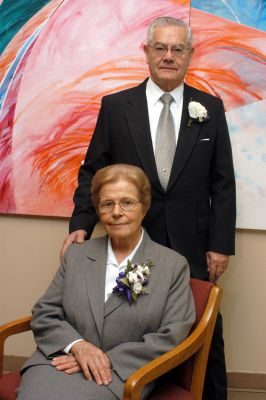 Raúl and Anita (Swartzentruber) García ’56: Ministers and educators in Argentina

The García’s have dedicated their lives to Christian witness and to serving poor communities of Pehuajó in Argentina. The daughter of Canadian missionaries, Anita met Raúl, at church when she was 14. Though Raúl remained in Pehuajó when she left Argentina to study at Goshen College, they were reunited three years later when Raúl received a travel grant and scholarship to study at Goshen College also. After their graduation and marriage in 1956, they returned to Pehuajó where they have served the Argentinean people for the past 45 years.

“We could have stayed in the U.S. after my time at the seminary, serving at a Spanish-speaking congregation,” said Raúl. “But it was very clear that the Lord was leading us to go back to Argentina – to live, work and walk with our people, inviting them to a personal relationship with Christ, witnessing of God’s love for everyone.”

Over the years, Anita and Raúl have developed close relationships with Roman Catholic leaders and also fostered inter-church dialogue and cooperation involving other organizations.

“We try to live our faith in everyday life in practical ways,” said Anita.

Raúl, who served as pastor of the Mennonite church of Pehuajó beginning at age 23, coordinates the Leadership Training Program of the Western Zone of the Argentine Mennonite Church. After retiring as a professor at a teacher’s college in 1990, he served as president of Mennonite World Conference until 1997. Raúl also authored I Am A Christian Evangelical Anabaptist, which was translated to Portuguese.

The country of Argentina is currently experiencing one of the worst economic and political crises of its history. “Most people around us have been driven to despair,” said Anita. “This demands that we give not only of the material goods with which the Lord has blessed us, but of ourselves … It is our task now to help others get through this crisis, get through their despair and grief, and renew their hope in the only one we can really trust, God himself.”

The Garcías have three grown sons, Daniel, David and Esteban.