Our integrative, international, intercultural and interdisciplinary approach to education not only prepares students for rewarding, successful careers, but also produces servant-leaders for the church and the world.

Goshen College finds consistent and noteworthy success in helping students persist and successfully graduate. National data confirm our above-average performance in both the percentage of first-year students who return to continue their studies, and in the percentage who graduate within six years. 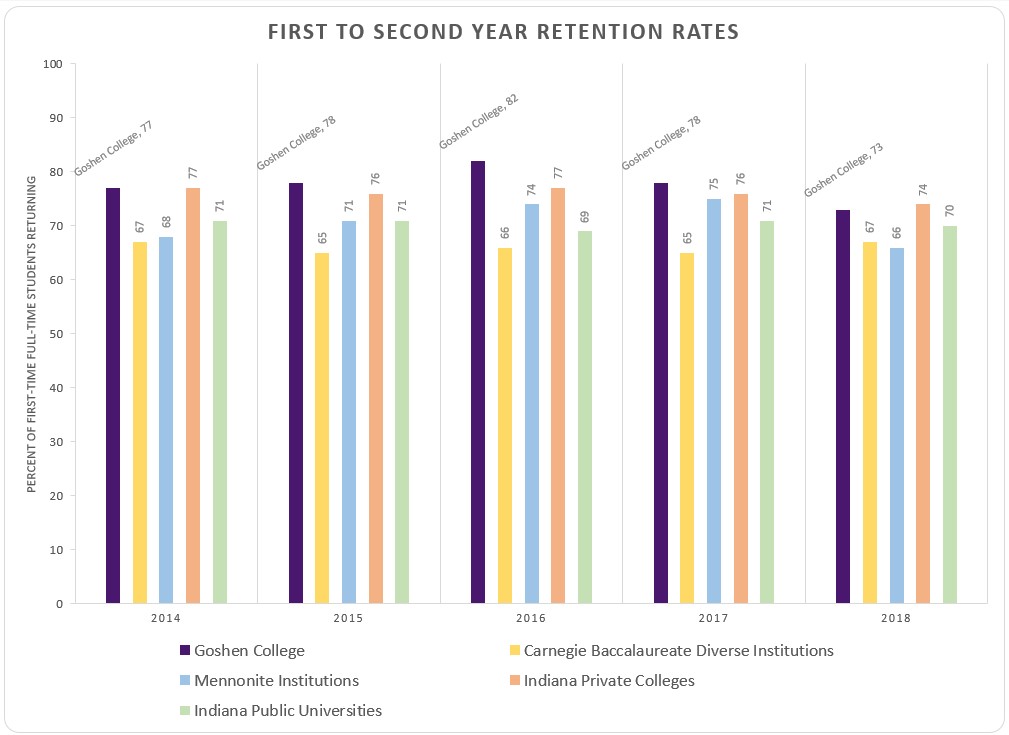 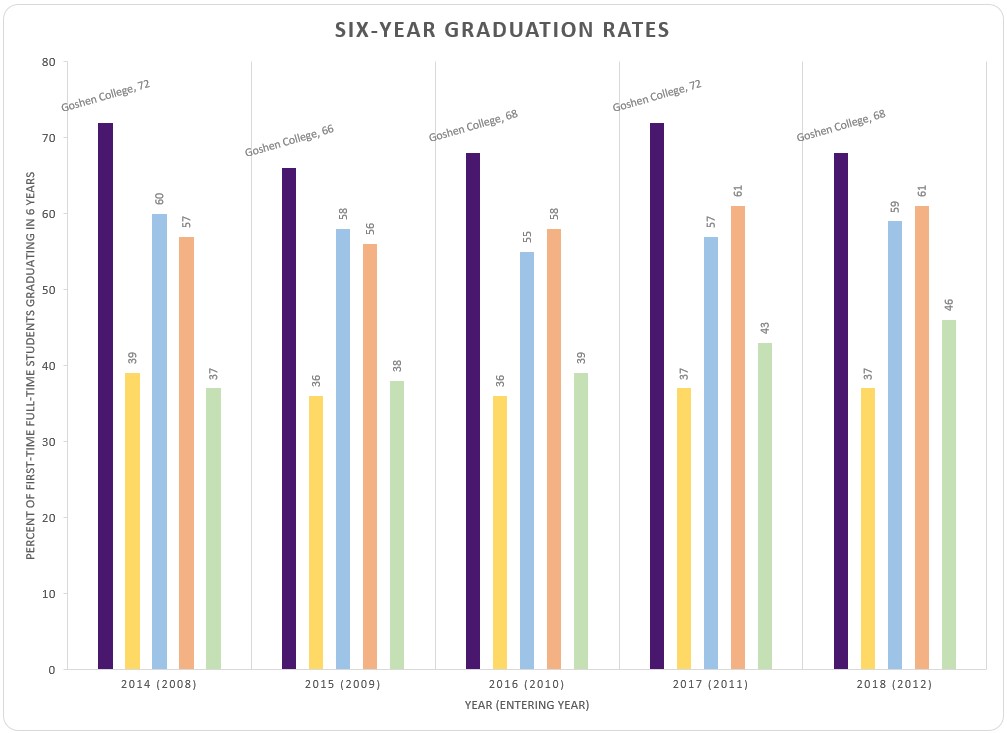 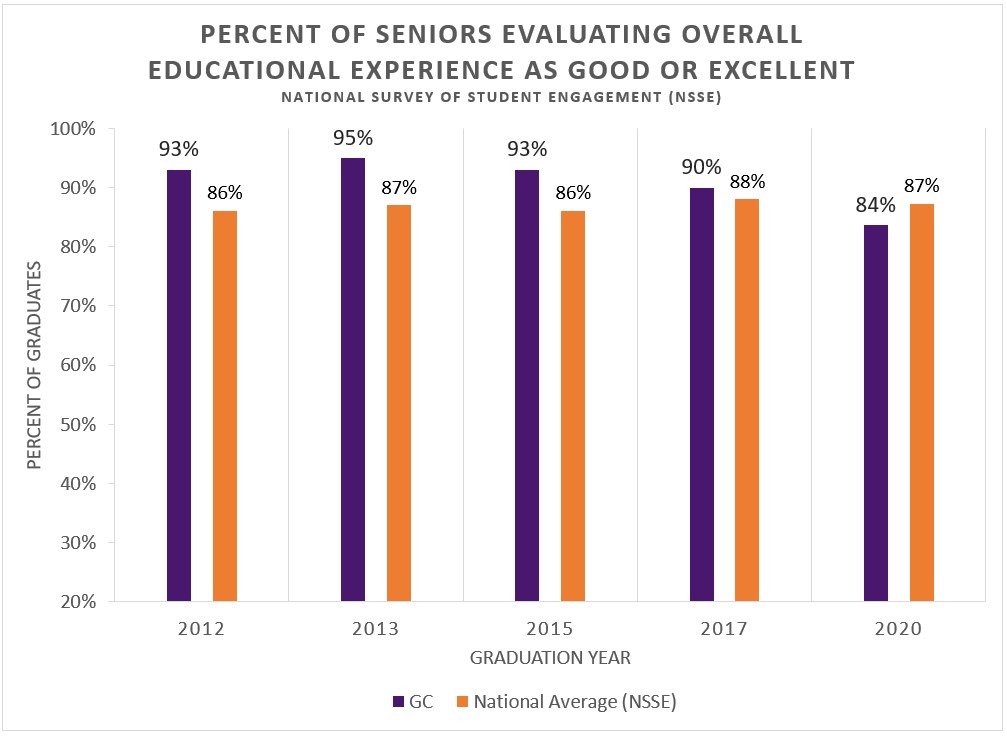 GC’s tradition of experiential learning, internships and research programs prepares students for rewarding careers. In recent years, despite the challenges of a global economic downturn, our graduates have found success in the job market. 100% of our nursing graduates pass the NCLEX exam, while we are also ranked #3 for Becker CPA pass rates, and we hold a 92% medical school acceptance rate. 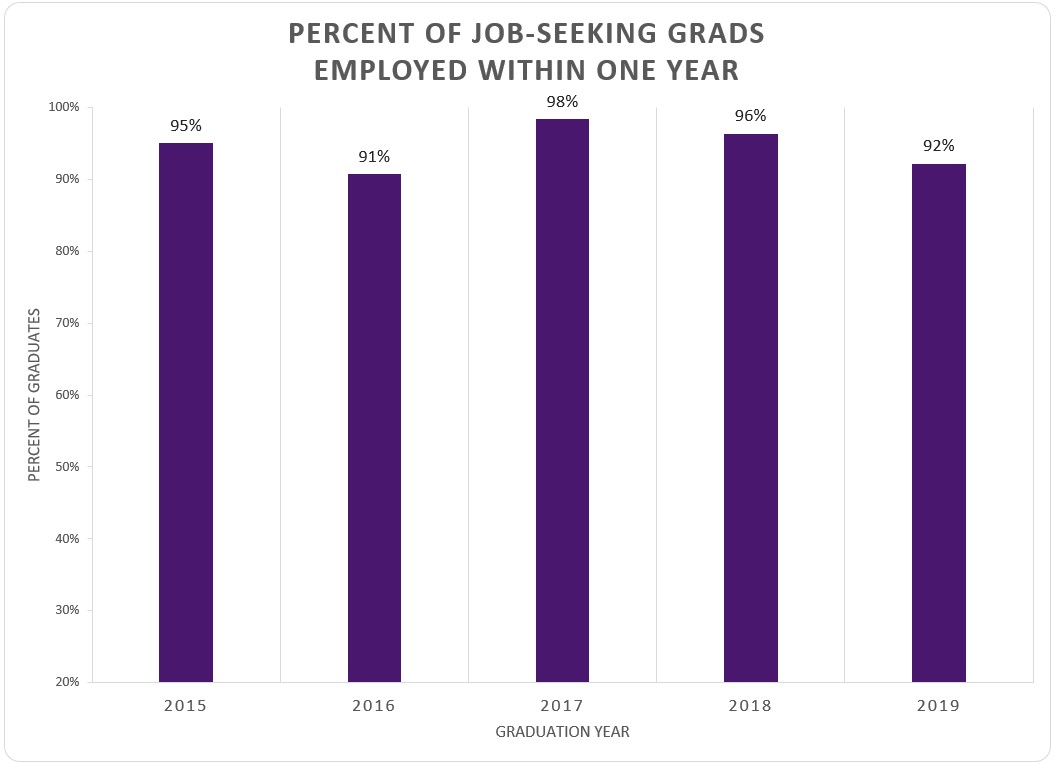 These skills, knowledge and responsibilities come together in a liberal arts education that uniquely prepares students for a wide variety of careers. See currently offered Majors & Minors. 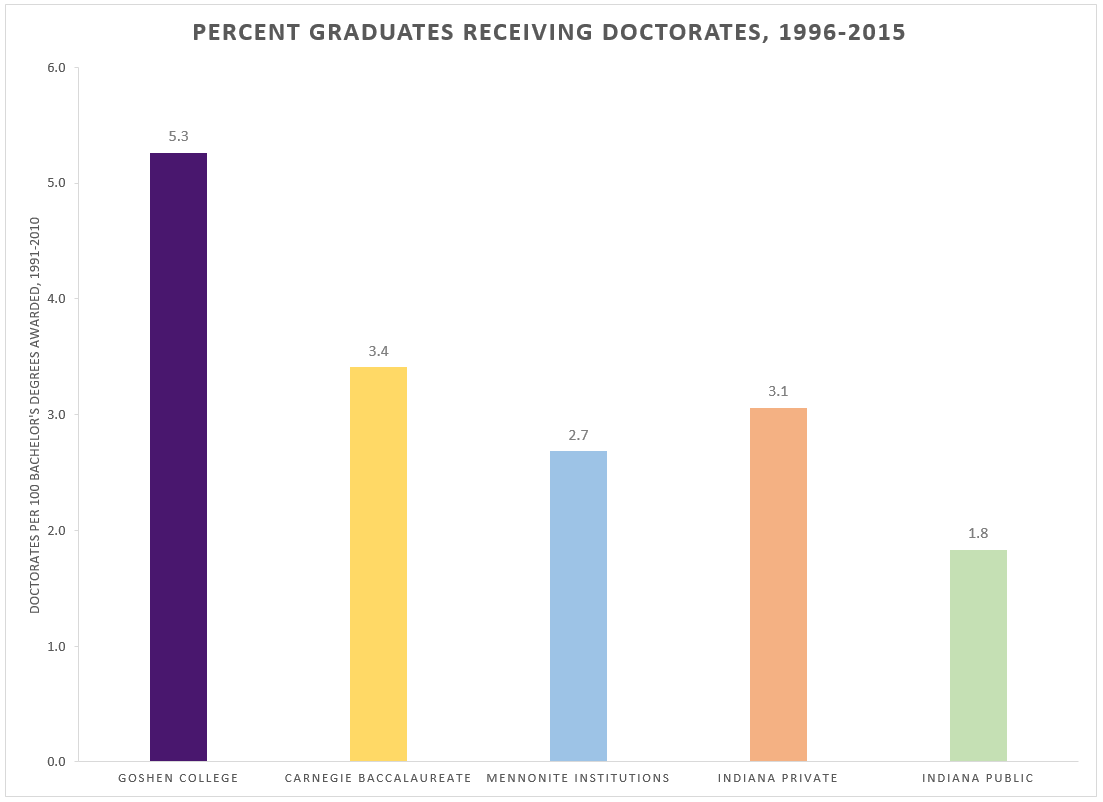 GC’s professional programs are known for the quality of their graduates. Our teachers, nurses and social workers are in-demand in the region.

Goshen graduates are leaders in many areas of culture, service, advocacy, environment, business and science, and live out the college motto of “Culture for Service” in their volunteer and community service work. 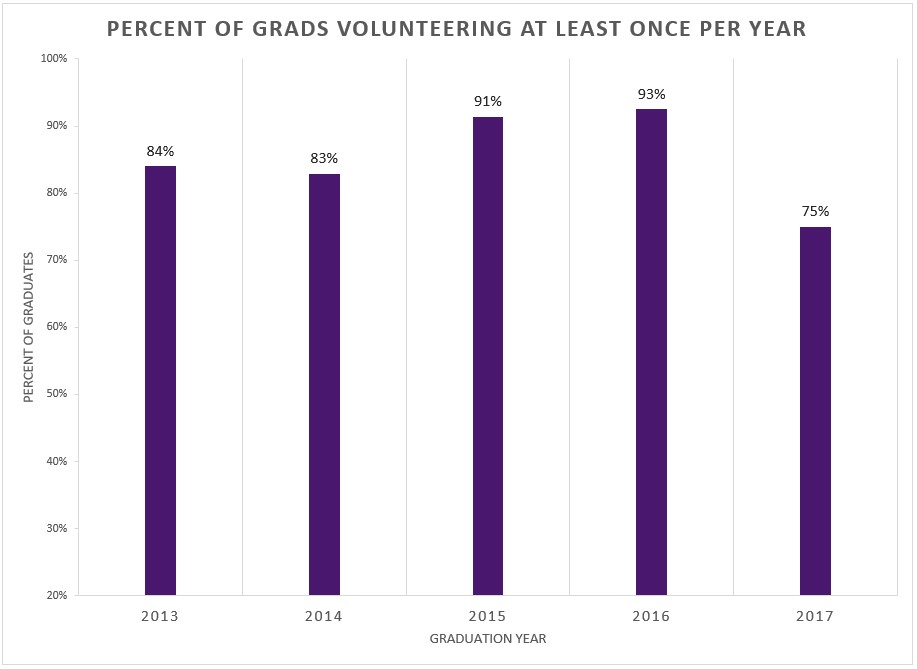