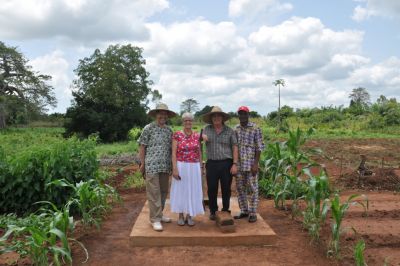 October 1 found me ten days into my trip to West Africa. I spent a week each in Niamey, Niger, and Bamako, Mali, visiting friends as well as former colleagues with the West and Central African Programs of the International Crops Research Institute for the Semi-Arid Tropics (ICRISAT), a former employer. Then I joined Luke Gascho (my Executive Director) and his wife, Becky, for a working visit to Benin Bible Institute in Cotonou, Benin Republic, representing the partnership with our church. There were numerous speaking engagements and many occasions to enjoy the beauty of the country and the hospitality of its people. The visit to BBI’s newly inaugurated, small, diversified, sustainable farm in Oumako was particularly rewarding. 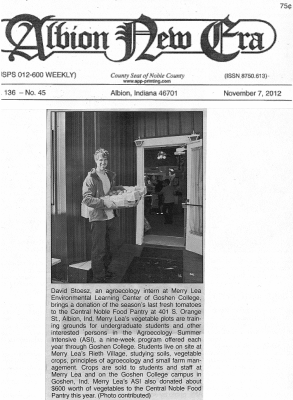 David had been in charge of the gardens at Merry Lea, so things were ship shape on my return and we continued preparing beds for the winter, and conducted our final campus sales. We are still providing produce to students of Merry Lea’s Sustainability Semester in Residence. Additional produce was taken to the Central Noble Food Pantry in Albion, which earned for David a brief write-up in the local newspaper!